Home > Scott Maintains His Sobriety with the Help of BHCHP 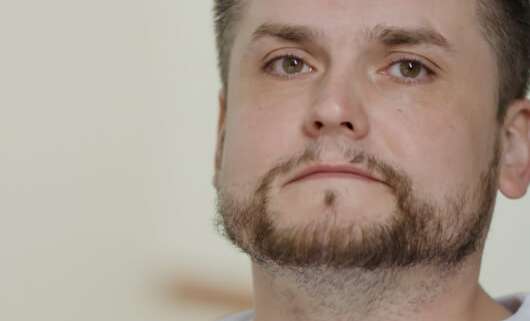 Scott made his first appointment at our shelter-based clinic at St. Francis House in downtown Boston, after attending a BHCHP clothing drive with fellow residents of his sober living house. Three years later, he says the support he’s received living with a substance use disorder has “saved my life.”

Here’s his story in his own words:

I was in my late 20s, a small business owner, and I had cancer in my back. I was prescribed heavy doses of pain killers…and it went on from there. It could happen to anyone.

I lost everything. I felt it was hopeless and I didn’t think that I would be able to turn anything around. I did try, there were several attempts, but I’d be right back to doing what I was doing. I suffered a lot of loss.

But life’s not over. At a point, there was a switch. Every day was the same and I was getting tired of waking up with the fight every day. That’s when I sought help. I did a dual diagnosis program, followed the steps, and went into sober living. That’s how I met the people at BHCHP.

When I started here, I didn’t have a solid place to stay. And they didn’t judge me for any of that. I tell them everything. They check in with me and there are no secrets. I’ve had some tough things going on and I would call and leave a message and let them know it was urgent. They would get back to me and walk me through things and talk to me. It just helps to have someone to talk to that knows you and whom you can trust. I owe a lot to my counselor and my nurse. Without them, I don’t know where I’d be today.

I’ve been sober for three years now. I continue to work at it every day. It gets harder before it gets easier, but it does get easier. BHCHP has seen me at my worst, and they’re seeing me where I am now. I have good people surrounding me, support from this place. Hopefully the staff can feel as good about it as me; they never do want to take credit, but they are owed a lot of credit.

It’s important to have facilities like BHCHP because they can bring a person back to who they used to be, not the person they’ve become. No one can do this on their own; you need help. And these people actually care.

I live outside of the city and travel into Boston to be with these people because they’re the only ones I trust with where I’m at. I’d rather go out of my way to come to a place that works rather than take the easy way out. I’ll always take the road that leads me here, as long as I need it.