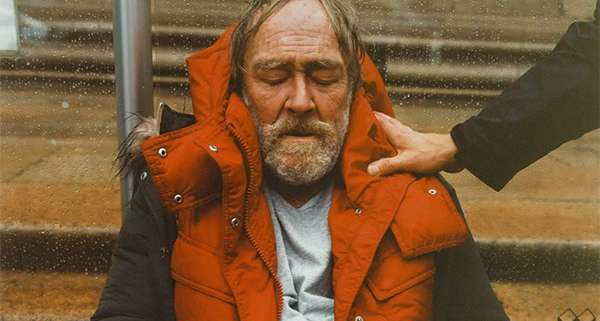 Checking in for an appointment at BHCHP’s clinic at Boston Medical Center, Charmaire shared that she is experiencing homelessness for the first time.

Another BHCHP patient, Geno, a veteran, has been unhoused for more than 20 years.

Jose arrived to Boston from Puerto Rico 30 years ago and has a background working in landscaping and construction. He’s now experiencing homelessness for the third year in a row, he shared during a visit to BHCHP’s dental clinic.

Lisa, a Boston native, is in housing, but still opts to receive her health care from the clinicians she most trusts: those at BHCHP, who cared for her during her experience of homelessness.

These are just some of the patients whose photographs were featured in The New York Times Magazine on January 5, alongside an article by Pulitzer Prize winning author Tracy Kidder. The article was adapted from Kidder’s new book, Rough Sleepers:  Dr. Jim O’Connell’s Urgent Mission to Bring Healing to Homeless People , which will be published by Random House on January 17.

Both the article and book provide an intimate glimpse inside the founding and growth of BHCHP and the lives of Dr. O’Connell, BHCHP’s founding physician and president , and his longtime patients, many of whom were “rough sleepers,” living on the streets of Boston for years.

“In American cities, visions of the miseries that accompany homelessness confront us every day — bodies lying in doorways, women standing on corners with their imploring cardboard signs dissolving in the rain,” Kidder writes in the magazine. “And yet through a curious sleight of mind, we step over the bodies, drive past the mendicants, return to our own problems. O’Connell had spent decades returning, over and over, to the places that the rest of us rush by. Some months later, I contacted him and asked for another van ride. I followed him around with a notebook on and off for the next five years.”