Pulitzer Prize winning author Tracy Kidder tells the story of Dr. Jim O’Connell and the founding and growth of Boston Health Care for the Homeless Program. 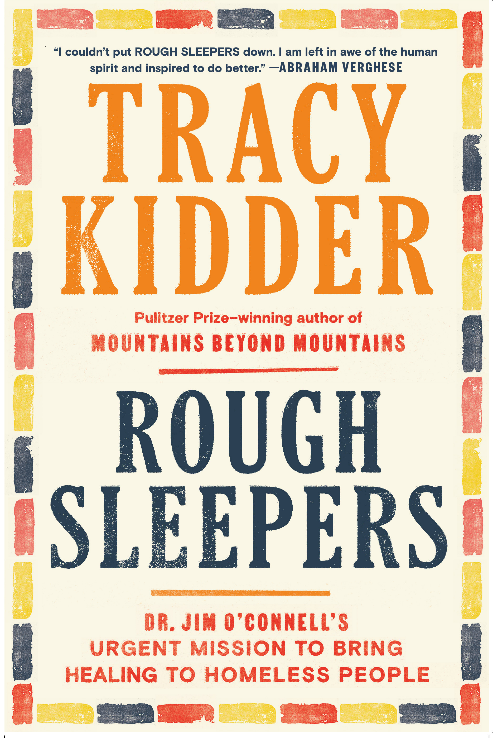 “Tracy Kidder has been described by The Baltimore Sun as a “master of the nonfiction narrative.” In Rough Sleepers, Kidder shows how one person can make a difference, as he tells the story of Dr. Jim O’Connell, a gifted man who invented ways to create a community of care for a city’s unhoused population, including those who sleep on the streets—the “rough sleepers.”

When Jim O’Connell graduated from Harvard Medical School and was nearing the end of his residency at Massachusetts General Hospital, the chief of medicine made a proposal: Would he defer a prestigious fellowship and spend a year helping to create an organization to bring health care to homeless citizens? Jim took the job because he felt he couldn’t refuse. But that year turned into his life’s calling. Tracy Kidder spent five years following Dr. O’Connell and his colleagues as they served their thousands of homeless patients. In this illuminating book we travel with O’Connell as he navigates the city, offering medical care, socks, soup, empathy, humor, and friendship to some of the city’s most endangered citizens. He emphasizes a style of medicine in which patients come first, joined with their providers in what he calls “a system of friends.”

Much as he did with Paul Farmer in Mountains Beyond Mountains, Kidder explores how a small but dedicated group of people have changed countless lives by facing one of American society’s difficult problems instead of looking away.”

Tracy Kidder has won the Pulitzer Prize, the National Book Award, and the Robert F. Kennedy Award, among other literary prizes. His books include Mountains Beyond Mountains, Strength in What Remains, The Soul of a New Machine, House, Among Schoolchildren, Old Friends, Hometown, Good Prose, and A Truck Full of Money. 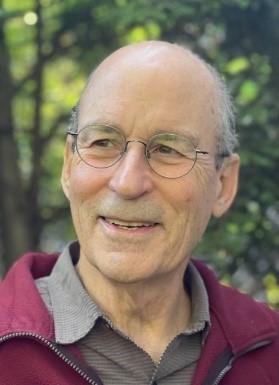 I couldn’t put Rough Sleepers down till the last page. Kidder’s writing sidesteps labels like “homeless” to reveal the humanity of those who live on the streets. I agonized with the dedicated physician and the army of others who give their lives to a cause most of us pretend is invisible; I rejoiced in the fleeting victories. As with Mountains Beyond Mountains, I am left in awe of the human spirit and inspired to do better. That is Kidder’s genius.

The estimable Tracy Kidder has found another unsung saint—this time not in the back country of Haiti or in genocide-ravaged Burundi, but, literally, on the streets of a major American city. And once again, as with his earlier books, this finely-crafted story sheds light on a larger landscape of injustice.

Tracy Kidder has done it yet again. Rough Sleepers will do for homelessness what Mountains Beyond Mountains did for public health. Kidder introduces us to this wondrous cast of characters who have been completely shunted aside. He doesn’t let us look away. And we take this journey alongside this astonishingly bighearted, patient, thoughtful man in Jim O’Connell, a doctor to the homeless. I’m in awe of this book. I’m in awe of Jim O’Connell. What a compellingly beautiful, inspiring read.

— Alex Kotlowitz, author of There Are No Children Here

The nightmare of homelessness can seem both overwhelming and slightly abstract to the safely housed. That abstraction vanishes in the pages of Rough Sleepers. Tracy Kidder has reported the hell out of important stories before, but never more finely and relentlessly. The Sisyphean work of Dr. Jim O’Connell and his team, the embattled humanity of their patients living on the cold streets of Boston – it’s a story full of hard questions, a story with many heroes.