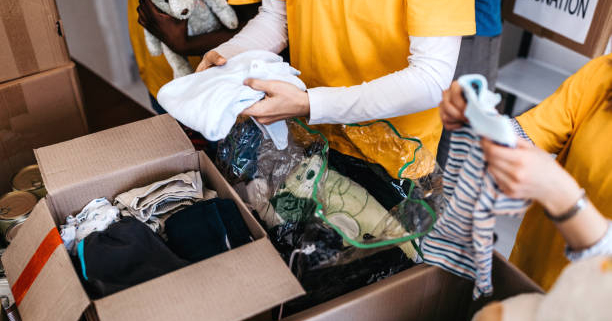 The past year has been a tough one for many of us, but it was particularly hard for those experiencing homelessness.

The past year has been a tough one for many of us, but it was particularly hard for those experiencing homelessness. We have seen our nation and the world struggle with a novel pandemic. We have seen the racial divide grow with blatant injustices and inequities among Black and Brown people in our country. And the lack of leadership, corruption and outright incompetence of our president and federal government has been disheartening. As October approached, I was feeling more and more disempowered by all of this. I decided it was time to take some action and make a difference where I could—in my own community.

I have worked with Boston Health Care for the Homeless Program (BHCHP) over the past 5+ years on a couple work projects, as well as organizing sock and underwear drives in my office and community. I wanted to do something bigger for them and get others involved in helping. I know that winter jackets are a big ask and hard to come by, but I saw many friends and neighbors Marie Kondo-ing their closets and knew they would be able to contribute to a winter coat drive. On October 29, 2020, I set a goal of collecting 100 winter coats for BHCHP. I posted my goal on my Facebook page as well as 4-5 FB groups in my town designed for giving items away, selling items, or just providing information. I offered to pick winter coats from people’s homes (porch pick-ups for safety) as well as private message my address to those that expressed interest so they could drop coats off on my porch. By November 1, I had received 35 winter jackets and several light jackets and hoodies. I posted a picture of them on FB and to the FB groups to show people in my community were help and reiterated my goal of collecting 100 winter coats. By November 6, I had collected another 35 winter jackets and more hoodies and light coats. Again, I posted the progress with a photo and announced I would be collecting until November 21. I continued for the next couple weeks to post my progress to my goal (exceeding it on November 15th).

This did not take monumental effort. In fact, it was quite easy.

I knew there was a need. I decided to help. And I set a goal.

I used Facebook – my page and local pages to reach others in my community.

I spent about 90 minutes a week picking up jackets from folks in my community. When I received a delivery or I picked up from someone, I always reached back out and said “Thank you so much for your help.”

I posted my progress along the way with pictures.

The biggest lesson in all of this: People really do want to help. They just need to be asked, then told how they can participate, and finally thanked for their efforts.