Home > Disaster Medicine Outside of the Boston’s Premier Medical Centers 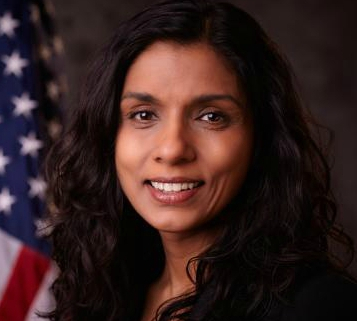 “In the shadows of the greatest medical facilities of the world, it was astounding to see this level of despair and disease, reminiscent of the state of care in low income resource depleted parts of the world.” – Dr. Monica Bharel, City of Boston Senior Advisor to the Mayor on the humanitarian crisis on Mass Ave and Melnea Cass Boulevard

“In the shadows of the greatest medical facilities of the world, it was astounding to see this level of despair and disease, reminiscent of the state of care in low income resource depleted parts of the world.” – Dr. Monica Bharel, City of Boston Senior Advisor to the Mayor on the humanitarian crisis on Mass Ave and Melnea Cass Boulevard.

The COVID pandemic presented a multitude of unintended side effects, including increased isolation across all walks of life, negative impacts on childhood learning and development, and reductions in the workforce, resulting in widespread increases in unemployment. For those living without permanent housing, the byproducts of the sudden outbreak were even more stark, including astounding shortages in access to mental health and addiction medicine and a new type of societal failure to provide effective short-term shelter. In the city of Boston, this resulted in an unprecedented and sudden “tent city”, in which hundreds of individuals set up makeshift shelters in the city streets, creating widespread concern among advocates and business owners alike, with respect to health, sanitation, and safety across the neighborhood.

Encampments in the Melnea Cass Boulevard area of Boston began to pop up shortly before the pandemic took hold, but boomed as concern with COVID-19 shut the city down. As facilities (including shelters) limited capacity, and individuals began to choose to avoid congregating indoors, the number of people setting up makeshift living spaces in the streets grew rapidly. The crisis was based right outside Boston Health Care for the Homeless Program’s (BHCHP) doors, and led the Program’s former Chief Medical Officer, and the states former Commissioner of Public Health, Dr. Monica Bharel, back to her roots at BHCHP as the city’s newly appointed Senior Advisor to the Mayor on the humanitarian crisis at hand. Dr. Bharel sat down with BHCHP’s current CMO, Dr. Jessie Gaeta, to discuss the urgent response she is leading.

The encampments at Mass & Cass Boulevards presented the city of Boston with tremendous and urgent public health and safety concerns. Localized public health hazards like tent fires and public defecation suddenly became commonplace in an otherwise thriving city neighborhood. In short, the situation often felt unsafe for both the individuals in the encampments, and the community at large. Dr. Bharel compared the area to a disaster zone, noting she was astounded to observe a level of despair and disease reminiscent to that in resource depleted parts of the world, yet sitting “in the shadows of the greatest medical facilities.”

When Dr. Bharel was appointed by Mayor Wu, she and her team were forced to go into immediate disaster response mode, focusing on mitigating excess morbidity and mortality, not on perfection. The city was compelled to clear out and take down the encampments, effective January 12, moving individuals into temporary housing and shelters and facilitating access to treatment. This was feasible only by engaging all first responders, all providers, and all local businesses and community organizations – each of whom shared the same goal of making the neighborhood more viable.  Stepping directly into a center of controversy, Dr. Bharel led by helping the public understand what the individuals in the encampments needed most (treatment, stability, transition into housing), and why (including why individuals were choosing to live in the encampments rather than available shelter spaces). One BHCHP board member, who has previously lived on the streets, explained one perspective – the encampment area had created a bubble of equality, mutual respect, and support, in the midst of a city growing increasingly divisive as the pandemic continued to ravage our way of life as we knew it. Moving away, into disparate (albeit safer) locations, presented tremendous uncertainties, making many hesitant.

Although the encampment has been eliminated, the work has only begun. Long term sustainability will require ongoing attention and concerted effort. Over half of the 145 individuals who moved away from the encampments had been in the streets for at least a year, and many much longer. Fewer than a quarter had an established mental health provider, and the vast majority of those using opiates were not accessing medication for their opioid use disorder. In other words, the health care needs of these individuals are significant and largely still unmet. That said, Dr. Bharel and her team are encouraged as they take on the work ahead. It has now been over a month since the last tent came down, and many individuals are reporting the transition into temporary housing and treatment programs – while daunting – has been a positive and welcome change. BHCHP continues to serve many of these individuals, including by providing critical health care services, with dignity and respect, regardless of circumstance.